100 best places to live and launch 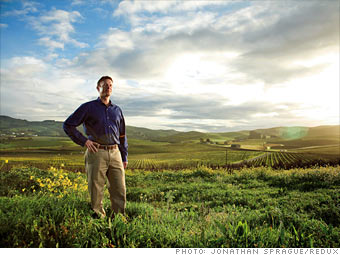 The southernmost gateway to Napa Valley, bucolic American Canyon lies 38 miles north of San Francisco and encompasses about four square miles. Incorporated in 1992, AmCan has doubled its population in the past five years, thanks to its cheap housing and land costs and business-friendly zoning laws, at least compared to the nearby city of Napa.

In 2006, business growth in AmCan hit an all-time high fueled by commercial development. Wal-Mart moved in, along with Jamba Juice and Radio Shack. Food purveyors, such as honey makers and olive importers, have flourished here, along with flower and plant nurseries. Other high-growth industries include real-estate consulting and retail, including independent coffee shops, and restaurants. Last year, the city granted 109 business licenses. While the downtown arts and dining scene remains underdeveloped, many projects are in the works. Parking is plentiful. And with three international airports within 50 miles, business travelers can avoid the worst traffic bottlenecks. -Maggie Overfelt

RSS
Methodology: How we pick the 100 Best

Oakland: The other city by the bay
This west coast port city has way more to offer than its reputation suggests. More

The barter business
In a tough economy, more small business owners are conserving cash by bartering. The U.S. boasts some 500 barter exchanges - here's a sampling of established and reputable outfits. More